Having graduated from the Ludwik Solski State Theatre School in Cracow, he continued his education in the Czech Republic, at the Janáček Academy of Music and Performing Arts in Brno. Currently a student at the Royal Academy of Music in London, in the department of Musical Theatre. Awarded twice the scholarship of the Sapere Auso Malopole Scholarship Foundation (for outstanding artistic achievements) and of the Z. and W. Pokusa Foundation in Support of Rural Youth Education. He played i.a. in the Polish private view of the farce-vaudeville Pinsk Gentry, directed by M. Pinihin (the Rampa Theatre in Warsaw), in the first performance of the musical Little Lord Fauntleroy by S. Markwick, directed by J. Szydlowski in the Krakow Opera, and in a radio play The Wedding by S. Wyspianski, directed by A. Seweryn on Radio Krakow. He has acted on stage in the music and dance performance Tango Piazzola, directed by W. Mazurkiewicz and R. Talarczyk, and in the musical Argument About Basia, directed by C. Domagała in the Rampa Theatre in Warsaw. Since March 2013 he has been working as an actor-singer in Podlasie Opera and Philharmonic, where he acts in the musicals Korczak by Ch. Williams, The Phantom of the Opera by A. Lloyd Webber, Fiddler on the Roof by J. Bock and Doctor Zhivago by L. Simon, as well as in the opera La traviata by G. Verde, directed by R. Skolmowski, and in the operetta Der Fledermaus by J. Strauss. In the performance The Ugly Duckling by M. Urbaniak, directed by J. Szydlowski, he creates the main character, in the musical fairy tale Adonis Has a Guest by F. Apke, directed by Szydlowski, he plays the whimsical parrot Adonis, and in the musical fairy tale The Booted Cat, directed by B.A. Bielenia, he becomes both the enamored John and the cruel Imć Bombasta. He starred in the musical performance Romeo and Juliet, directed by K. Deszcz in the Drama Theatre in Białystok. In the opera The Paradoxical Distribution of the Sphere, directed by R. Kolakowski, whose premiere took place in the Impart Centre of Arts in Wroclaw, he played Boleslaw Herbert and Zbigniew Herbert. Since October 2017 he has been acting in the Rampa Theatre in Warsaw, where he is creating the character of Jeremy, a student of Warsaw University, in the musical Pilots, directed by W. Kepczynski. Apart from being an actor, he is taking his first steps as a director. He has already been assistant director on such productions as Fiddler on the Roof, The Magic Flute, as well as on Adonis Has a Guest and on the opera Carmen. 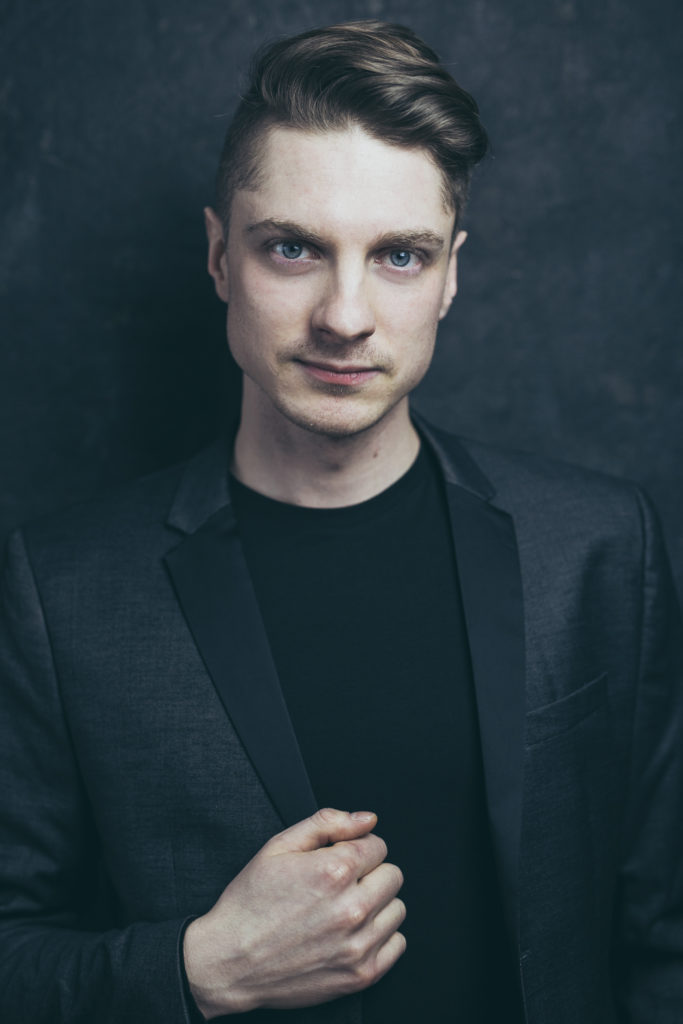